Trying out the cheap hips

I've been having some hip problems pretty consistently since August. I fell at an obstacle race and since then my hips have well sucked...
Here's the timeline:
At first I ignored it
Then I saw the dr who sent me to pt for what he said was a torn glute (aka pain in my ass)
PT disagreed and sent me back to the dr who sent me for an MRI
MRI said torn labrum and SI joint inflammation on my right leg
Back to pt and add in chiropractor
Been doing both multiple times a week
Back to dr Cortisone shot
Still chiro and pt
Back to dr because sitting hurts running hurts standing too long... You get the picture here!
2 more cortisone shots
4 days of HELL pain where anything but laying in my bed was impossible
🎄Christmas🎅
Next day dr says I'm good to run again BUT
I get sick...
2 extra days off of all workouts.
Yesterday spin and barre class
And I'm back from the run soooo...
Today 6 slow & flat miles and 4 miles in if there was a saw near by I would have chopped at least one leg off to make it stop hurting...
So tomorrow is another call to the ortho to see if he has any great ideas... 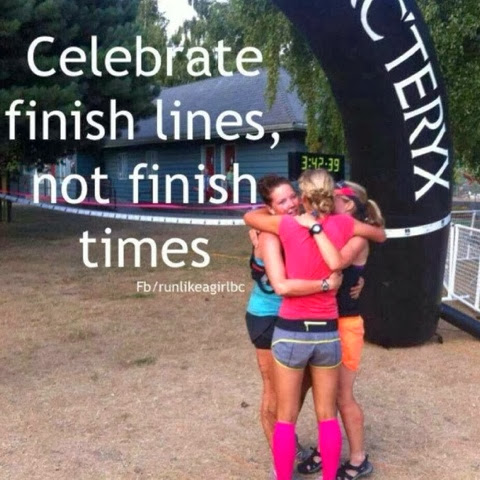 I'd love to celebrate ANYTHING march 16th when I'm scheduled to run my next half... But since I've been DNSing races like crazy lately we will see...
Got any words of wisdom? Either on how to fix my cheap hips OR how to deal with yet more down time :-/
Posted by AlwaysJoy at 12/29/2013 06:23:00 AM No comments: 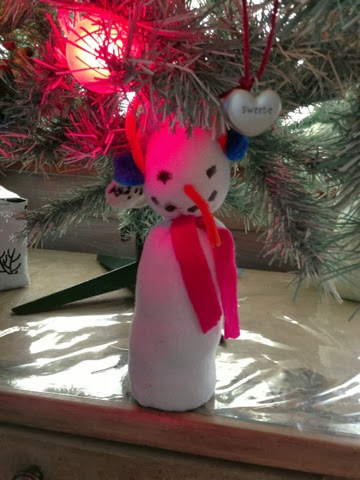 Anyone remember what movie that's from?
Anyway... In a typical year my little family goes like this: J super excited about Halloween and me thrilled for Christmas and valentine's day. But this year I just couldn't seem to muster up the spirit to decorate. I got the gifts (albeit a bit later than normal) and they're wrapped - rather prettily I might add! But putting up a tree? I'll pass.
Well apparently Joy without a tree is just not a thing. Friends kept saying they were going to break into my house and put up a tree... I laughed! Yesterday I went to the gym and when I got home there was J with our old tree half put up (we hadn't used a fake tree in a couple years) and the bah humbug I am pointed out there's rust on it ;-) he soldiered on BY HIMSELF. And in the end I have a tree.
I told him while he was making it that I was going to blog that I admitted that I have an ugly tree (because people always post trees that might not be pretty and say "look at my gorgeous tree") and he laughed. I asked him why he was putting it up he said "because you'll regret not having a tree after its too late for me to fix it" I don't know if he meant after Christmas or after the nor'easter we are getting this weekend!
But now I'm going to say to you look at my gorgeous tree because rust (and the fact that its only half a tree so it could squish against the window) and all it's the most beautiful tree I've ever seen - its a tree built with love! 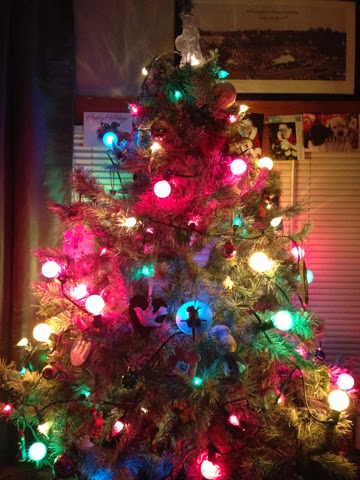 Before I forget blueberry pie 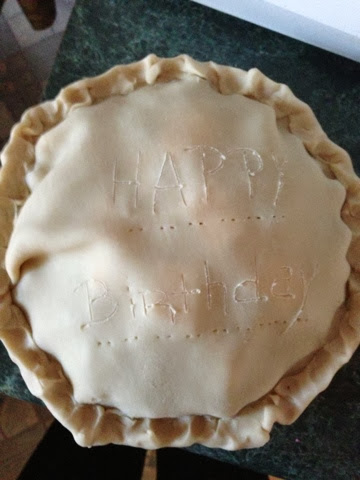 J had a birthday a week ago and he isn't a fan of cake but he LOVES a good blueberry pie so I decided to make him one. Well I decided to make him a blueberry pie there were no promises it would be good seeing as I'd never made a blueberry pie before.
I looked at recipes and none were exactly what I was looking for - it was November and fresh blueberries were NOT in the budget (I'd have needed at least 3 baskets and they were $4 a basket) and I couldn't find a recipe for a pie made with frozen blueberries so with fear I made my own up. The opinion of J, and my niece and her husband was that it was "the best blueberry pie I've ever eaten"
So I want to keep this recipe and share it with you. The recipe that it is most based off of is Betty Crocker's but changed to what I had (I was out of cinnamon and not going back to the store)
Here's the link: http://tinyurl.com/oglmyp7 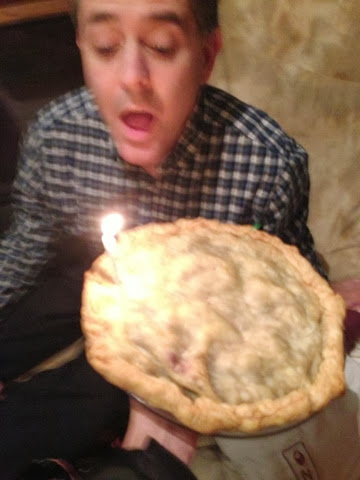 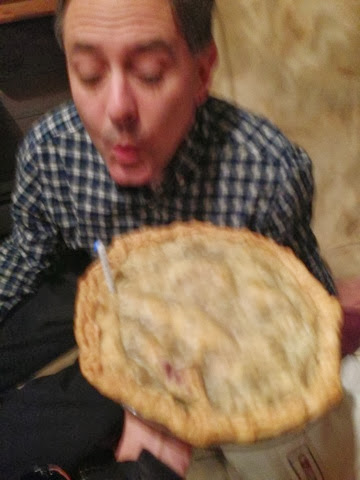 BIRTHDAY BLUEBERRY PIE
4 cups frozen blueberries (that's one large bag) do not thaw
1/2 cup of flour
3/4 (slightly less) cup of sugar
1/2 teaspoon (little more) pumpkin pie spice
1 tablespoon butter cut up
Pie crust (I used store bought - make sure it has a top and bottom)
Mix ingredients from blueberries to pumpkin pie spice. Pour into a pie crust that you've placed in a pie pan. Place the butter over the top and then cover with the second pie crust rolling the edges so the juice doesn't escape. Poke a fee holes to let steam escape. Bake at 350* for about 50 minutes
Enjoy!
Have you ever baked a pie?
Posted by AlwaysJoy at 12/03/2013 07:00:00 AM 2 comments: