I've never even quite understood the concept of family. I guess it has something to do with blood or whatever. But to me, I have more family than that. I had a bio mom and have a god mom and had a god dad and have a bio dad. They all raised me.

Perhaps my confusion comes from being brought up on a dead end road with all of them living right there. My godparents lived across the street.

I belong to a fitness studio more than a gym. I've belonged to gyms in the past and I liked them but THIS is different. The other day I was in spin and I saw someone walk in through the window and my heart lightened. A part of that is undoubtedly the result of marathon Mondays attack and a part of that is the owners have cultivated a family. As soon as spin was over I walked out and hugged her (anyone that knows me irl knows this is amazing - I hate being touched). She didn't question it and just asked me how I was doing and if I was staying for the next class. I was and we chatted as we did a few more people came in and said hi or waved to us before class began, then it was all business. As class ended a new group came in and I left offering a few hellos and goodbyes as I did.

We are a group of mostly women (though there are a few guys) who genuinely like one another. I have spent time with a lot of them outside of the studio, and have had heart to hearts with so many of them. I've cried over parents lost, bad days and more recently knowing that they were okay. I walk in and relax knowing that I am in a place where I can be the most me that I am. This shocks me since I can't get myself to walk into a grocery store, department store, hairdresser or anything else where people know me. If I go somewhere and see someone I know I will leave whatever I am doing and "run for safety".

They turn a year old this week and I have to say I'm so proud of my little gym! The fitness studio that could :-)

do you love where you workout? 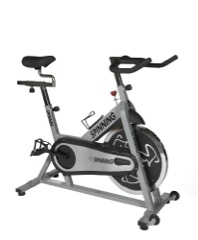 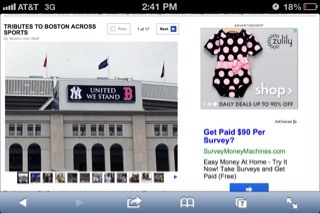 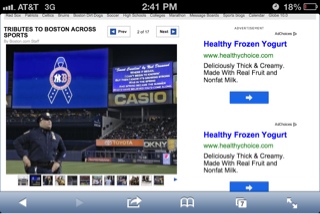 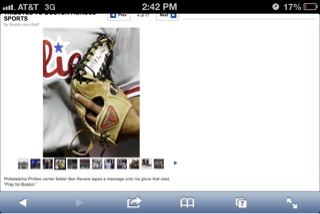 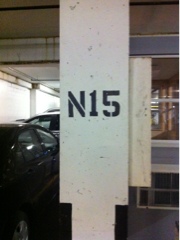 
And...here we go!
Play along Here

1. I use coconut oil to oil pull. Much like many other things that I don't believe should work but totally do (see reiki and acupuncture on that list - I definitely don't understand them but have watched both of them work in my own life) oil pulling works - with no other changes my teeth are less sensitive!
2. Oz the great and powerful is one of my favorite movies. of recent date I was amazed at how interested it kept me and how amazing the color was. I could not stop saying to my sister that the color was like color over saturated but still real
3. It's probably the first real nice day of spring and I am sitting on the front porch writing this while the poodle lays in the grass in front of me! It's lovely
4. I'm ALWAYS saying "well at the time it seemed like a good idea like when I volunteer for something months in advance and then day of I'm having huge panic attacks!
5. I said happy spring to the gentleman who just walked by and then he said it's about time! Is that a labradoodle?I told him no the poodle is just a poodle with a funny hair cut. Like most people that meet him he started patting him and then got down and gave him a good snuggle - the poodle is a born therapy dog.
6. boxing is what I'm craving right now! however my cut knuckles are probably glad that I have a week off
7. And as for the weekend, tonight I'm looking forward to hanging with the poodle, tomorrow my plans include my normal classes at the gym and then picking up my race packet and then cleaning a friends house with her and Sunday, I want to I have a race at 9:00 in the town next to where I live so I am sneaking in a 7:00-7:45 spin class and then rushing over to run a 5k, probably will lay low the rest of the day - maybe take the poodle for a walk!

what are your weekend plans? 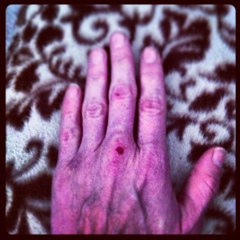 Egg beaters of my memory

So lets pretend it's still Easter night and I'm writing this and NOT that it's days later - k?

This morning I was making a chocolate cream pie for the hubs for dessert. I had a store bought crust and just needed to make the pudding and throw on some cool whip and call it done. I wasn't in the mood for pulling out my mixer and I figured I'd use a spoon or a whisk. As I poured the pudding into the bowl I remembered something.

In the drawer is a hand mixer - an old fashioned hand mixer. I use it oftenish in the winter when I want to make a hot carob (almond milk, carob powder and stevia - usually orange stevia) but I haven't had one of those in a while so it's been sitting doing nothing for some time now.

Kenny had just died and his mom had wanted my mom to have something to remember him by and a kitchen tool was just the right thing seeing as he'd been head chef at a pretty well known establishment in Boston.

Let me rewind a bit... I was 17 years old and Kenny and his siblings had been my neighbors. He was the first openly gay person I knew (hello small town ignorance). To my credit I couldn't have cared anymore then than I do now about someone's preference. He was also the first person I knew to have (and ultimately die of) AIDS. The credit stops there. I never went to see him once he was sick. I was scared to talk to his mom for fear... Fear of what I don't know. Unfortunately many of the neighbors felt this way. Not my mom!

She'd go over and visit, for a while it was weekly and then when he got sicker anytime he was up for a visit. I begged "don't go mama, I don't want you to die." She laughed at me and said "It's not tuberculous is and I am not treating him as a leper I've lived that man since I held him as a baby and I'll love him as I hold him on his deathbed" mom made certain "concessions" for my fears. She would shower and wash her clothes as soon as she got home, she told me she wore gloves (knowing my mother and her love of holding hands flesh to flesh and her forehead kisses I am pretty certain she lied to me here). She went to his wake, she went to his funeral, she went to the after "party" that's when she came home with the mixer

I remember being appalled by it! It had his germs on it. NO making anything that would pass my lips with that thing! Nope, no sir! Well as the years passed and I learned more about the world (and myself) I was no longer afraid of his mixer (just as I'd no longer be afraid of him) and as my mom lay dying I'd often cook for something to do. I could be near her but still allow her to rest. More and more I'd pull out "Kenny's mixer" to whip cream for pussy willow pudding or froth milk for a latte. When mom died the mixer just sort of became mine. I remember talking with Kenny's mom about how sorry I was she said it was okay that we'd all had to learn and that's what life was about. I asked her if I could keep the mixer and she gladly said yes. When we moved I threw away many (aka most - have to when you're moving into a house 1/3 the size) things but the mixer made the cut.

The difference between when my mom brought that "instrument of death" home and now? When I'm done making my hot carobs I lick the beaters. I wish that Kenny could be with me; I would have loved to have learned a thing or two from him in the kitchen (hubs probably would appreciate it too since making Easter dinner caused the fire alarm to go off three separate times).

I guess that it takes time to grow up and learn and probably a little bit of bravery to buck the system and not be afraid of everything. I'm proud of my mom for listening to her beliefs and letting love prevail.

Every time I use those beaters I send a prayer to heaven asking Kenny to cook with me and to forgive me my ignorance.

And on Easter Day, Kenny, his mixer and I made a great dessert that hubs and his family loved. 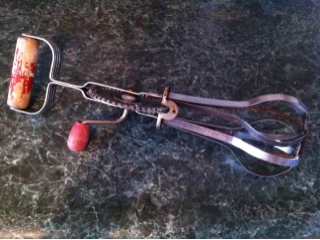