So this post winds but it gets back around I promise!

My in law's are coming over for brunch tomorrow. I may have mentioned a time or two that I'm not a cook, right?

Well for as much as I'm not a cook they ARE eaters! This is 2 people who like food!! So since I would like to pay my bills this month I'm cooking for them... Cheesy chicken chowder and cinnamon roll waffles! I'm a hero huh? Well I decided to up the ante and make them "leprechauns" in green chocolate (listen people there is no way that when green smurfs and ET aren't leprechaun)

Okay, so when I was a child my mother did her very best to not let me know
A- we was pretty damn poor
B- I was the unwanted daughter of an alcoholic
So this meant she looked for ways to get me out of the house (see b) without spending too much (see a)
One of my favorite places we would go was called Putnam pantry it was (still is) an ice cream bar where the give you your ice cream scoop and let you loose at the bar (like thise new wave froyo shops) and then you sit down in adorable wrought iron chairs and there's a water bubbler in the dining room. You'll need it!
My favorite was the cherry syrup. Anyway attached to this was a candy shop (hello brain child) well there we all would ask for treats... My mom used to buy me MY FAVORITE ET pop each time (ahhhh love) but she would always buy it from the "broken bin" his poor little neck would be snapped. She'd tell me "joy imagine what he'll look like after you eat him?" and for as much of a pain I was as a child I was happy to accept a broken pop (probably on a sugar high?)


Well a number of years ago hubster and I went to good ole Putnam pantry and lo and behold the ET (and smurf) candy molds were in a dollar bin! I snatched those suckers up!

So back to today - I made my pops and I was so happy: I was really living the memory... Yup right up until I snapped that suckers neck! Damn!!! Now I know why they were putting them in the cheapo bin! Those things are a pain in the ass.
But I happily served broken chocolate because well - if memory serves me I ate them often and I'm alive! And I have a great memory :-) 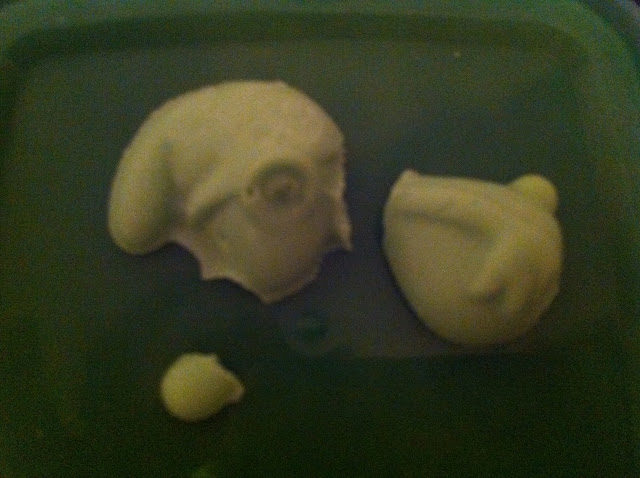 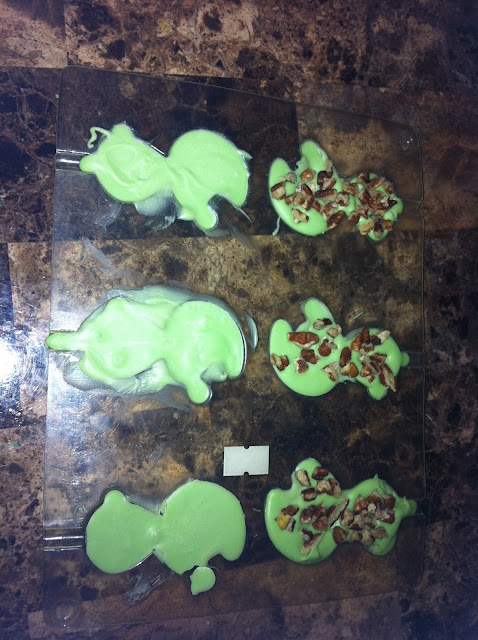 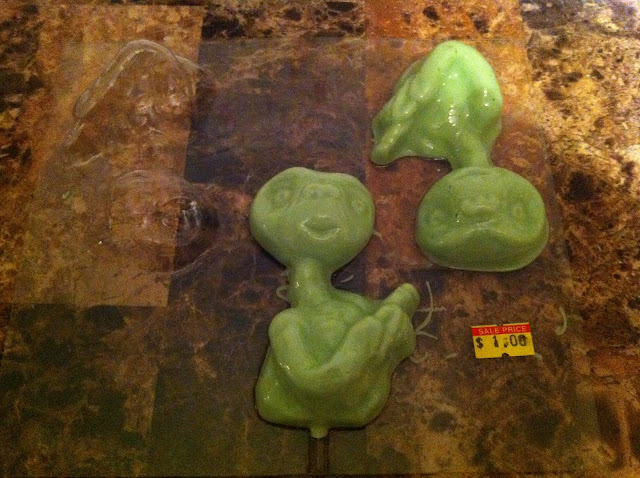 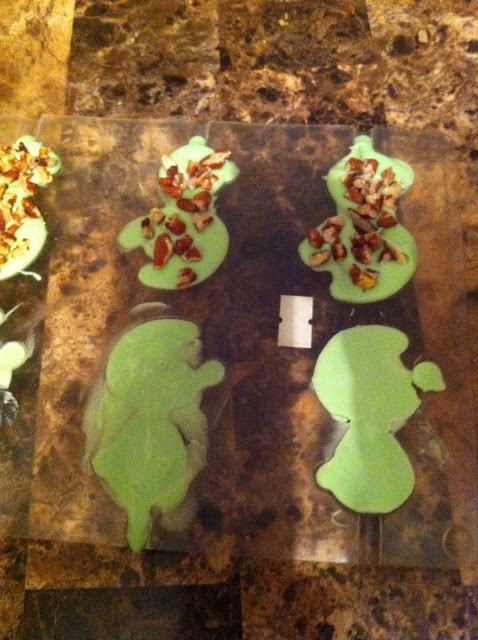 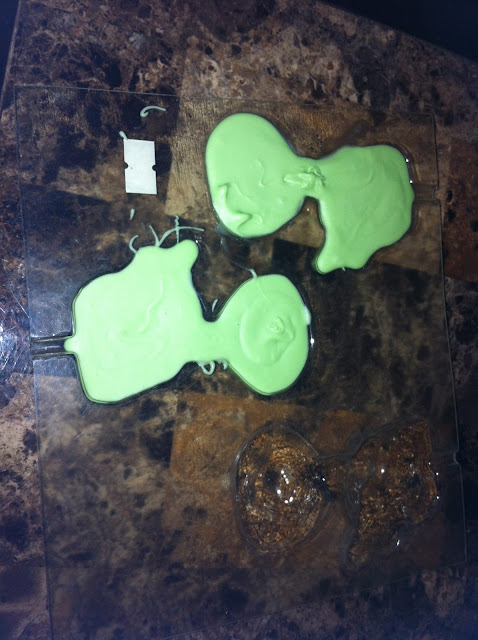 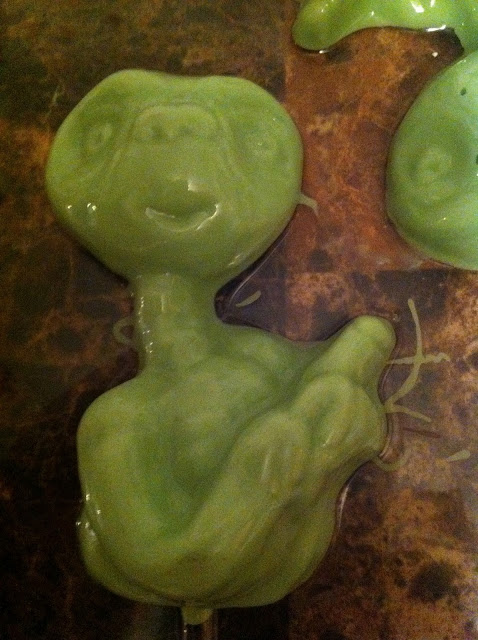