The other day I had the opportunity to do something nice for someone I don't know. I did it without their knowledge (which to me is at least half the fun of doing something nice). I was so excited that I called hubs to tell him, and then had to pull over to the side of the road because I was shaking so hard. I guess the adrenaline of being sneaky caught up with me. After a few minutes I went on my way.
But the glow of having done something cool has totally stayed with me, which is kind of awesome :-) 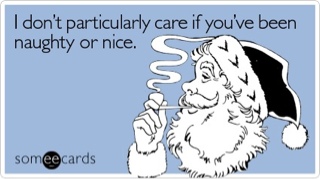 I love this! and I often do things like that. Last week I was at a store where a woman wanted to pay for her daughter's birthday party supplies w/ her AmEx. The store didn't take AmEx and she had no other cards or cash, so she was about to walk away. I paid the $5.71 for her. Worth every penny.