Yesterday was a day of traveling. Although we were scheduled to land at 2:35 (a flight I'd chosen so we could have some of the day in Jamaica) our flight from miami had "issues" so we actually landed at 6:25! Which btw was 45 minutes later than the later flight that I didn't choose because I wanted the day here ;-)

We boarded the flight from Miami to montego bay on time (half an hour before take off) then we were in formed that take off was delayed due to the queue... When it was finally our turn (half an hour after we were due to have left) the airport/airline mechanics wouldn't approve the plane to fly, it needed a new tire (a set back of an hour and a half). In reality I didn't mind this - I'd rather repairs than crashes. What I did mind though was that we were left on the fully booked plane the entire time and the air was shut off. But at long last we were in the air YAY!

We hit a good amount of turbulence and the fasten seat belt signs never went off (have i mentioned yet I'm a nervous flyer and that hubs and I weren't able to get seats together for this leg?) an hour and a half later we arrive at the airport - don't get excited... There objects on the runway and we can't land! After half an hour there's talk of diverting us to Kingston (on the other side of the island) as we head that way we learn that the runway is cleared and we are second in line, 15 minutes later we land! Oh holy hell thank you.

Now I haven't really talked about this on here but I have been having some health issues lately (that almost precluded me from coming) including some pulmonary problems and reduced kidney function. I had been afraid of my heart but not so much my kidneys but being seated for that long did them no favors esp since we weren't allowed up to use the restrooms. I've got some SERIOUS swelling in my legs currently - feet, ankles? What are those?

But at 8:00 local time (9:00 est) we had arrived at the hotel! It was a long day of travel but we survived! And even took in a little of a concert. Checked out the ocean and did some yoga with waves lapping at our feet.

Here's a few pics for the day - I can't seem to get blogger to let me pick the order so I'll just describe them in the order they're in!
1. View from the Boston to Miami plane
2. Me finally in Jamaica
3. The towels in our room <3
4. Us having arrived in Jamaica (I'll mention here that the health guy pulled hubs aside to ask what was wrong with me - apparently I looked at rough as I felt)
5. Pic of flight from Miami to Jamaica
6. Hubs and his friend whose wedding we are here for!
7. Another view of Miami to Jamaica
8. And finally what we looked like as we were ready to leave for our day of travel!

And now its 5:30 am local time and I'm sitting on the porch looking at the ocean with my legs on the railing thinking about what a great time we are going to have!

+++have you ever been to Jamaica are there any must sees?+++ 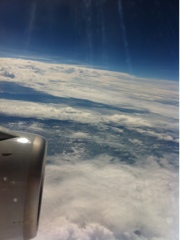 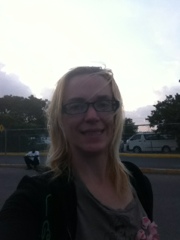 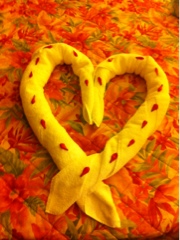 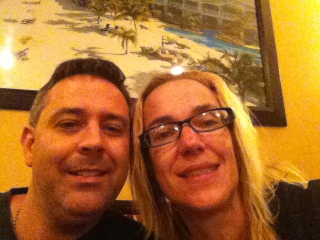 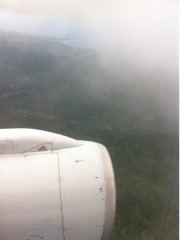 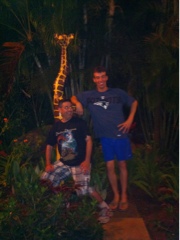 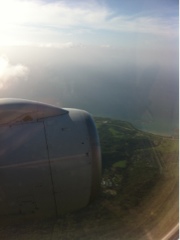 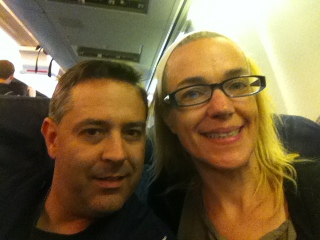