2. Did you keep your New Year’s resolutions, and will you make more for next year? I don't really set resolutions so I can't really keep them!

4. What’s your biggest achievement of the year? In reality I am pretty proud of myself for having survived last year. And for realizing that I am not responsible for every bad thing in the world

5. What was your biggest failure? Probably how much I let others and myself hurt me physically and mentally

6. Did you suffer illness or injury? Yeah 2011 was the year my kidneys decided they hated me, my heart agreed and I broke 5 bones in my foot thankyouverymuch

7. What was the best thing you bought? Pretty sure I'm supposed to say the house but the reality is my real tree made me happy! Really really happy! So did some craft supplies

8. Whose behavior deserves merit? Pupster. He greets each day and each person with happiness and love

9. Whose behavior made you appalled and disgusted? My oldest sister - there's not one thing she's done I'm proud of

10. Where did most of your money go? Buying and furnishing the tartis house

11. What did you get really, really excited about? The house :-)

12. Compared to this time last year are you?

c)richer or poorer? Same in the bank but WAY less debt sooooo richer?

13. What do you wish you had done more of? Hung out with friends

14. What do you wish you had done less of? Please people who are unpleasable

15. What was your favorite TV program: starving secrets

17. What did you not want and not get? A rain barrel

18, What was your favorite film this year? Michael Jackson this is it

19. What did you do on your birthday and how old were you? I don't think I did anything I was 36

21. Which celebrity/public figure did you fancy the most? Simon cowell.

22. Who was the best new person you met? Nicole my new friend and designer.

23. Tell us a valuable life lesson you learned in 2011. That you cannot reason with irrational people who think their way is the only way. 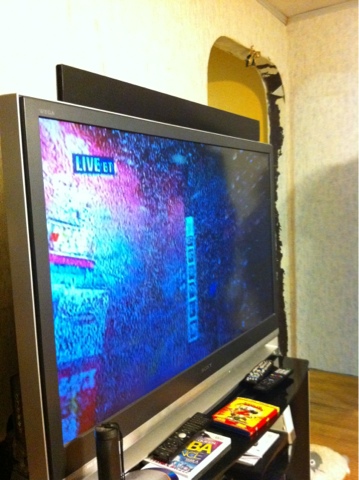 I couldn't agree more with that last one. Why waste your time on unreasonable people??
I hope 2012 brings you lots of happiness and joy!